As the workers in your country are being submerged by torrents of patriotism after the death of the queen, communist fighters in Québec say: Good riddance Elizabeth Regina! Class conscious workers in Québec won’t shed a tear for this piece of rot, and neither should those in Britain! It is the British Crown that deported the Acadians, conquered Québec by force of arms in 1763, crushed and hanged the Patriot rebels of 1837-38, and forced a “constitution” never agreed to upon the people of Québec. Elizabeth II was the living embodiment of this blood-soaked institution which is the cornerstone of Québec’s national oppression, the very same institution which is the cornerstone of the reactionary British capitalist state. Enough with this stench coming straight up from medieval times, this insult to human reason, this bastion of reactionary powers! Let those labour traitors who bow before the royal carrion drown in their own tears! In their historic task to rid the earth of such an abject parasite as the monarchy through a socialist revolution, proletarian fighters in Britain will always find brothers in arms among the Québec working class. For proletarian internationalist solidarity! Down with the monarchy! Pour l’indépendance du Québec! For workers republics! For the international soviet!

Editor of République ouvrière, French-language newspaper of the Trotskyist League in Québec and Canada 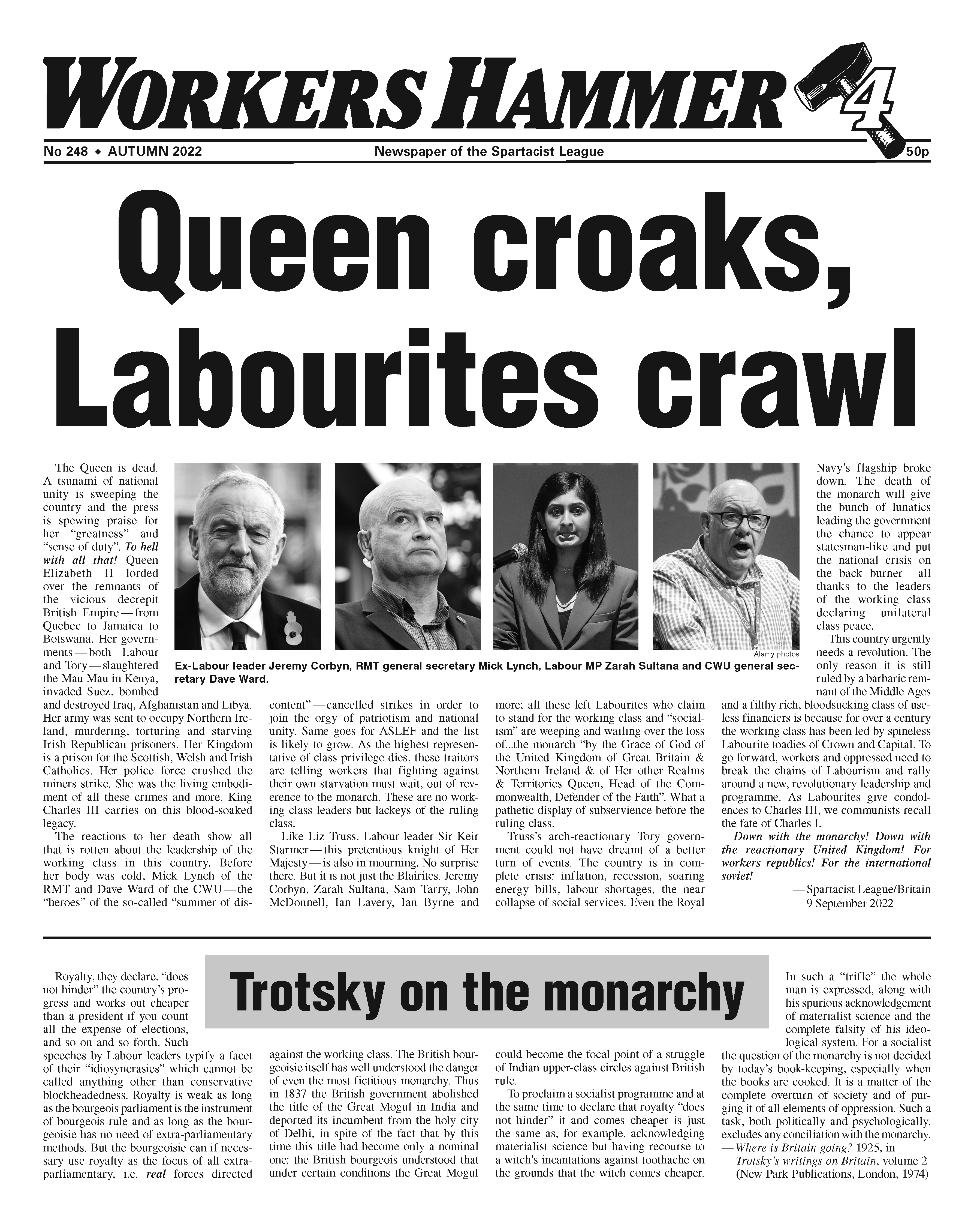